On HPC #BulletPoints: Law Is Having Its DotCom Moment. Are You Ready For The Fight? 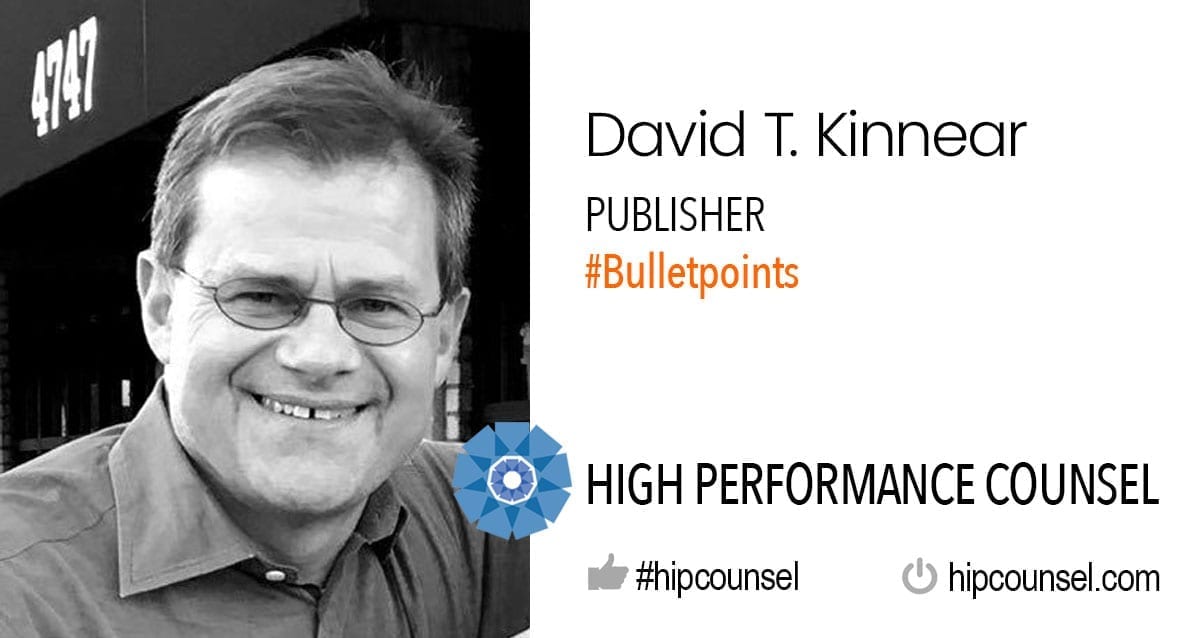 They were heady days. As long as you named it {anything} dot.com you got money and you could spend it on neon lights, cool offices, T-shirts and comfy chairs. No-one gave a **** about the Financials. It was go, baby, go. You gotta PowerPoint? Great, here’s your money. And the #legaltech space feels rather like that about now.

Like most things, what goes up must eventually come down. Markets flip and funding dries up. Founders cry and employees get fired. Investors get burned. Like predicting weather fronts, there are signs – but invariably the flip catches many by surprise and only afterward does it seem obvious. One of the awkward realizations is that some ideas are just unbelievably dumb and should never have been funded. Another is that only winners survive – so being placed 20th in a pack of also-rans is never going to be enough. You’re room meat, at best.

The #legaltech space is booming (kinda) on investments pouring in. And that’s a good thing. But the real question is who is planning for the inevitable storm – and who will survive it. The ones smart enough to plan may be the ones smart enough to survive, indeed thrive while others crash and burn. Jeff Bezos, for example, was one of the smart ones who made sure to have the cash they needed to grow and out-survive the rest when the going go tough.

If you don’t survive, the rest doesn’t matter.

You don’t have to be Sherlock Holmes to see some spaces that are already “beyond crowded”. And yet they keep coming. At least every month, another company announces its launch into the contract management space, for example. Well, there’s nothing wrong with that – as long as you’re in it to win it. And win it, you must.

To this point, competition has been a very collegiate, almost clubby sort of thing. That sense of friendliness is fostered by the almost-familial nature of the sector. Everyone knows one another and a few brave souls have moved from one company to another. No-one bats an eye. But, as in many Disney movies, happiness is not forever. Without question, a reckoning of significant proportions is coming. 2020 has “BIG” written all over it in UPPER CASE, BOLD, 50 point with exclamation marks!!!!!  Why? Well, aside the natural processes of evolution and consolidation that will inevitably hit the legal technology space, there is left field.

Left field, you say? Yes. The most dangerous assumption in the legal technology space today is that all the players are in and accounted for – that the battle field is set. Yet when law is viewed from a larger lens it is immediately clear that much larger players can take the flank. A quick strategic acquisition brings main street to the field with a depth of resources that defy competition. And here’s a thing. If you put yourself in the buyer’s shoes for a second, would you want to invest your career and reputation in a Fortune 1000 company’s resources – or a #legaltech startup.

Enjoy the happy. And wait ’til you see nasty. Are you ready for the fight?