#GuiseOnJustice – The winds of change: dispute resolution and litigation in England and Wales in late 2021 by Tony Guise | November 2021

“The wind blows wherever it pleases. You hear its sound, but you cannot tell where it comes from or where it is going.” (John 3:8 NIV)

The purpose of this month‘s column is to divine (with Biblical inspiration!) the direction of travel for civil justice in England and Wales (E&W) to understand whether much vaunted reforms are likely to happen and, if so, when.

Ask the people working in the civil justice system

In October 2020 the Civil Justice Council (CJC – an agency of E&W’s Ministry of Justice tasked with keeping the development of the civil justice system under review) ran a survey about how the pre-action phase of civil claims could be improved.  In E&W the pre-action phase of a civil claim is governed by Pre-Action Protocols (PAPs).  The results reveal the way in which users of the civil justice system see their future: https://www.judiciary.uk/wp-content/uploads/2021/05/CJC-PAP-Preliminary-Survey-Results.pdf

There were 30 questions of which the 29th is the most revealing of users’ appetite for reform.  Question 29 asks this: “Would it be desirable to incorporate PAPs into the steps built into online dispute resolution portals?”  To which the responses were:

Ask the people working in the civil justice system, again!

Civil justice is in a febrile state.  Not for over 150 years has so much reform been proposed.  Two Calls for Evidence recently closed and there are speeches (almost weekly) from senior Judiciary about how the landscape of civil justice will be radically reformed.

One of the recently closed Calls for Evidence was by the UK’s House of Commons’ Health and Social Care Committee.  Titled “NHS litigation reform” it sought views about how claims for clinical mistakes could be accelerated at lower cost.  65 submissions were made to the Committee and were published recently amongst which was DEF’s own submission.  The submissions are here for those who wish to study them: https://committees.parliament.uk/work/1518/nhs-litigation-reform/publications/.

Reading the submissions gives one a granular understanding of how those involved wish to change the system.

The first is the need for the NHS to learn from its mistakes in an open way.  An example given by one of the solicitor respondents, Hempsons, draws attention to the way in which fatalities or injuries from anaesthesia have reduced since 1946 as a result of learning from mistakes and demanding improved technology from suppliers.

The second theme expressed by most solicitor respondents, and others too, is the need for earlier attempts to settle which depends upon, they say, better pre-action behaviours by both Claimants and Defendants to understand the issues and then resolve those either through ad hoc negotiation or in a more structured way using the dispute resolution tools of neutral evaluation and/or mediation.

A consistent point made by solicitor respondents was the need for more resolution and less confrontation.  The very approach senior Judiciary have been calling for, arguably, since the late 1990s when Lord Woolf stressed (in his Access to Justice Report) that litigation was to be a “last resort”.  The full meaning of that exhortation is only becoming reality 25 years later.

Another law firm, Ward Hadaway, embraced the idea of fixed recoverable costs (FRC) (up to claim values of £50,000) and the idea that the pre-action phase would be managed via an online platform.  Ward Hadaway were one of two law firms to embrace FRC for lower value claims arising from clinical mistakes.  The other was Hempsons who suggested the maximum FRC for claim values up to £250,000 should be £100,000 or 40% of the claim value whichever was the lower.  At present the CJC has only recommended a scheme for claim values up to £25,000.  See their October 2019 Report with the level of FRC a sticking point for the Working Party: https://www.judiciary.uk/wp-content/uploads/2019/10/Fixed-recoverable-costs-in-lower-value-clinical-negligence-claims-report-141019.pdf

Hempsons, Ward Hadaway and the other firms and agencies/organisations were keen on more dispute resolution especially neutral evaluation in pre-action with mediation once proceedings had been launched.

The wind blows one way

The views of those closest to the coal-face, as it were, of civil justice give clear support for the idea that in future the action in civil litigation is going to be in pre-action.

The winds of change are likely to gather force in 2022.  Recently a member of the senior Judiciary of England and Wales, Sir Geoffrey Vos as Master of the Rolls, said this about the pace of reform (para 43):

“The changes I am talking about will come quicker and be more radical than probably any of us can imagine.”

The transcript is here: https://www.judiciary.uk/wp-content/uploads/2021/11/Master-of-the-Rolls-How-Judges-Work-A-Reappraisal-for-the-21st-Century.pdf

Organisations like HIP Counsel and the Small Claims Portal have a vital role to play at this great moment of change.  Their role is crucial to disseminate news of the reforms and provide resources to enable users to understand how to exercise their rights in a civil justice system where mediation and neutral evaluation are to be the first not the last resort.

Tony qualified as a solicitor in 1986.  In 2003 he founded his own firm, the first commercial litigation niche practice in the country.

Tony has been deeply involved in the reform of the civil justice system in England and Wales for the past 26 years.  In 2016 Tony turned his attention full time to the introduction of IT into civil justice and founded companies dedicated to this market. 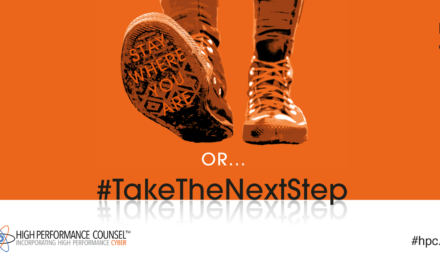