#LegallyThinking : Back to business with new challenges: what are legal tech experts talking about, and why should lawyers care? by Stuart McMillan 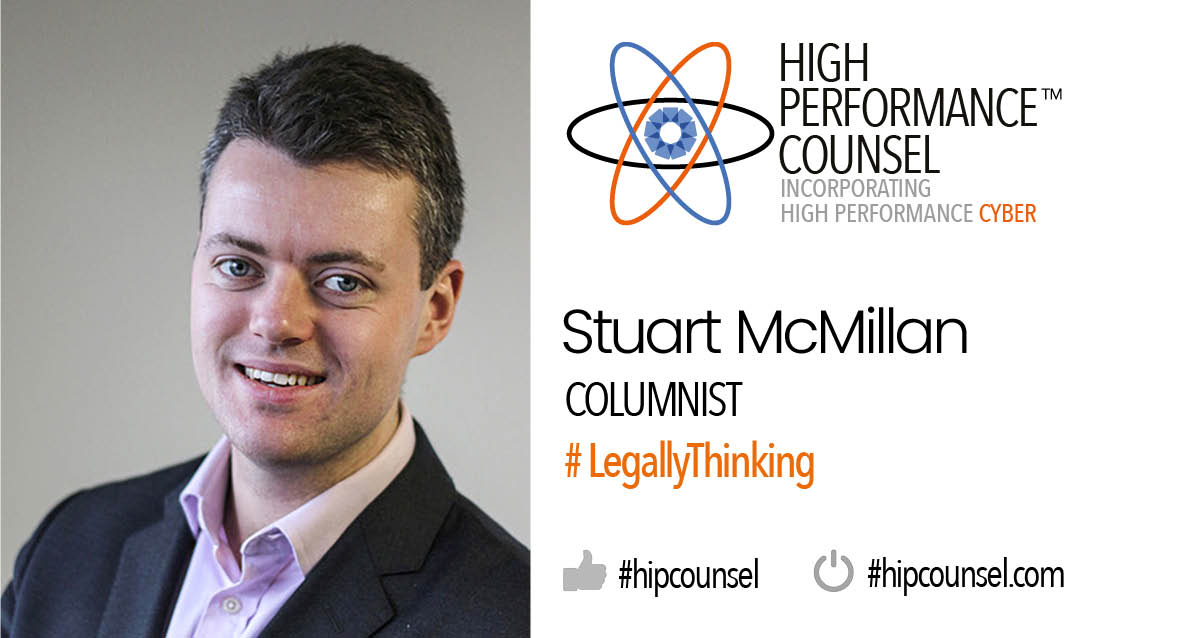 For the legal world, ’back to business’ is very much what the last few months have been about. However, the number of Covid-19 infections in the UK and around the world are rising again, and it may be that the dynamic, full-throated recovery we were promised will again be delayed. The upcoming Spending Review presents an opportunity for the Treasury to provide the court estate with a much needed buffer for the future — the outgoing Lord Chancellor, Robert Buckland, reportedly put in for ‘a couple of billion’ before he was reshuffled out of the Cabinet. However, if the Chancellor passes up this opportunity, the courts will have to struggle on through a hard winter that may mean scores of advocates and staff falling ill, jury trials faltering, and the already eye-watering backlog in the criminal courts rising to even higher levels.

Meanwhile, legal tech is thriving. The Legal Geek conference saw a triumphant return earlier this month, with big names like LawtechUK — including its Director, Jennifer Swallow, and Head, Alexandra Lennox — in attendance, alongside a plethora of law firms and legal tech start-ups. In the speakers’ halls there was plenty of discussion about how legal tech can streamline workflows and equal amount of chatter on how law tech will not be making junior lawyers redundant. In the exhibition hall, legal tech firms well-known and less well known alike offered products for making document analysis, production and review easier. The conversation, multifaceted as it was, seemed on the whole to suggest that legal tech would make lawyers’ lives easier, as opposed to taking their livelihoods away.

More ‘law and tech’ conferences are on their way, and no doubt the same issues will be on the agenda. LegalEx is coming up in November, as is HMCTS’ Public User Event. The debate about what the pandemic taught us, what firms can learn, and how they can grow now seems to be in full swing. The dark side of this remains in the concerns around judicial AI creating an uneven playing field for clients with money and those without, algorithmic bias and facial recognition software in policing and law enforcement that is inherently prejudiced, and an over-reliance on technology that may be detrimental to clients and to the profession.

In the background, the machinery of government is humming. Following the Department for Culture, Media & Sport’s 10 Tech Priorities, the UK government released its National AI Strategy in early September. In the short term (i.e., six months), this involves weaving AI into pretty much all aspects of government thinking. In the longterm, it involves using AI to solve problems and ensuring there are strong governance structures for the use of all AI-based technology. The report uses the phrase ‘rule of law’ five times — sometimes in the context of AI being a danger to it; other times in terms of AI being used to uphold it.

DCMS’ ongoing consultation on data protection  proposes revisions to the UK’s data code on everything from adequacy decisions and use of personal data to legitimate interest exceptions and reform of the Information Commissioner’s Office. The messaging is mixed, but it is clear that the government now recognises the need to have a busy policy portfolio on this, whatever the true feeling is in the corridors of power.

The Master of the Rolls continues to flesh out his vision of a triaged online system for dispute resolution in the civil courts, which if properly realised could flush out the gummed up pipelines of the small claims court. How the proposed system ensures transparency and accessibility when it intends to ship off all small claims to an online portal with little explanation of what it means for the claimant and their journey (besides a speedier resolution) remains a legitimate concern.

The conversation now seems so multifaceted that it can be hard to keep track. There have been attempts to give a useful definition to what is being talking about. One recent article recently asked: how do you define legal tech? The conclusion was that a single definition is elusive. Perhaps this is the best way to sum up what the conversation around legal tech is about right now — it can be anything that makes lawyers’ jobs easier. It just has to work.

Two fairly recent studies on how the UK government has fallen short in its attempts to tackle the backlog in the form of the National Audit Office’s report and the Institute for Government’s Performance Tracker report demonstrate how desperate the reality still is for many lawyers and their clients across England & Wales. However, the legal tech industry can continue to be dynamic even if the world stops again; its business is conducted mainly online, and it is clear from this year’s conference season that the sector is bristling with ideas. How lawyers  deal with with bumpy road to Christmas may determine their successes in the coming year. But whatever happens, legal tech is likely to be an increasingly large part of the story.

Stuart’s work at the Bar Council includes working on new and ongoing efforts to improve the practising lives of barristers. He works with HM Courts and Tribunals Service on their court reform programme and is responsible for the IT Panel, with a focus on new data regulations, LegalTech and AI, and the Alternative Dispute Resolution Panel, where he helps to promote the use of arbitration and mediation as effective methods of dispute resolution across the Bar.